Par for the Course: The Ups and Downs of the Startup Life 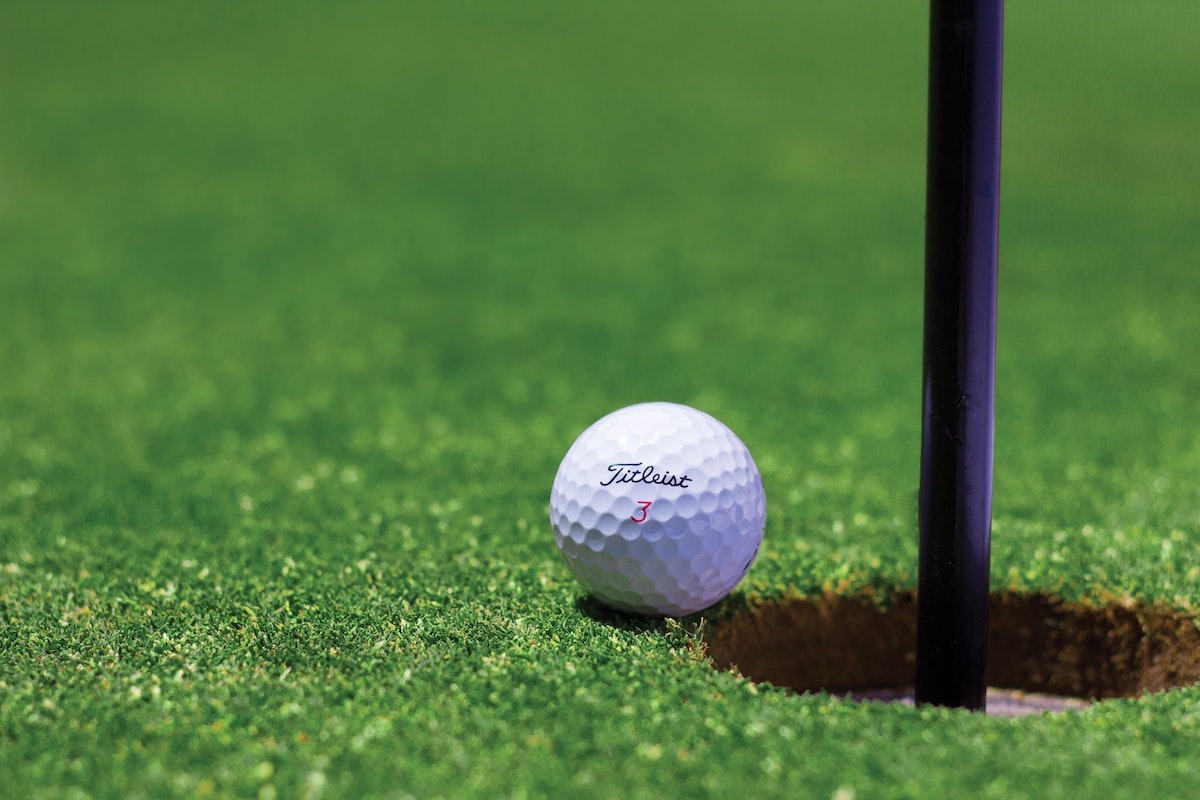 It was a great shot. At least I thought it was. But then the doubts started to creep in.

I was playing a round of golf with my two boys, Sawyer (10) and Crosby (12). As I’ve noted before, being with them tends to reset my work/life balance. So it was again today.

I had just hit a high, arcing iron on the par 3, 15th hole at Monarch Beach in California. It felt great; my usual unfluid swing had somehow produced the frictionless Thwack! of a true golf shot.

The feeling of self-satisfaction lasted about, oh, 1.5 seconds. Then I lost the ball as I followed it up to the sun.

Could there be a better metaphor for the startup life? As I’ve also noted before, probably the peak of any venture, the one unadulterated high, is the Aha! moment when you first get the idea. (In my case, it might be better to call it a Yee-ha! moment, since the inspiration for Programmatic Direct Mail® came to me while I was on a tractor at my upstate New York farm.)

Like a perfect golf shot, the moment of inspiration for a new venture produces a euphoria that proves very fleeting. Because from that moment on, it can be a real challenge to keep your eye on the ball. The harsh light of reality can be blinding.

It’s easy to see why startup success stories are so rare. As you leave the metaphorical tee box, you try to stay locked in on where you think the ball landed. Then you notice all the obstacles along the way: bunkers, water hazards, sunbaked greens with the consistency of concrete — even $5 million divots. So you keep your head down, trying to focus on just putting one foot in front of the other. But in doing so, sometimes you wander astray and completely lose track of where that “perfect” tee shot ended up.

Long story short, that’s what happened with my actual tee shot at Monarch Beach. We looked in all the places where we thought the ball could be. The line was on target, but we didn’t see if the ball was short or long and we just couldn’t find it. Finally I spotted a ball in a sand trap in front of the green. Apparently the shot wasn’t as good as I’d originally thought, but at least if we’d found the ball I could still try to salvage par. As one of my best buds once said after not finding a golf shot that looked on target to the pin, “Well, there’s an infinite number of bad places it can be, and only one awesome place.”

My Ace in the Hole

As I went to play the ball, I realized it wasn’t mine after all. But when you’re golfing with preteens, you can’t linger longer than their attention span. I gave up on my lost ball and let the boys play the hole out.

Crosby was the first to sink his putt. When he went to retrieve his ball, he turned to me and said, “Dadda, look. Your ball is under mine.”

Turned out I’d made a hole in one. And I didn’t even know it.

No Caddy for Daddy

Now, I’m not arrogant enough to declare PebblePost the startup equivalent of a hole in one. Nor would I say I haven’t appreciated the success we’ve enjoyed so far. The successive rounds of funding, the recent Best MarTech Startup award from MarTech Breakthrough — I’m genuinely grateful for every bit of validation we’ve received that Programmatic Direct Mail was the startup equivalent of the Thwack! that accompanies a perfectly executed tee shot.

I’m also grateful, once again, to my two boys for helping to keep a healthy perspective. There was no high-fiving or even fist-bumping to celebrate my hole in one. It was all very matter-of-fact. Really, all it meant was that I got to mark a “1” on my scorecard before moving on to the next hole.

Just like at a startup. It’s all about staying the course.